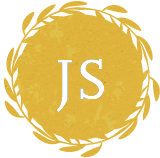 Taking Radical Responsibility of Our Willing Over Wanting

About a year ago, as I was studying for a message, I came across a woman from Australia named Bronnie Ware who worked in hospice care. She sat with people that were terminally ill and cared for them in their final weeks, days, and hours. During that time, as her patients were nearing the end of their lives, she began to ask a simple question to each of them?

Do you have any regrets?

I was so curious about the top five things that people said when asked this question at the end of their lives. Here they are.

What is so fascinating to me in her findings is that every one of these regrets lies in the tension that exists between Wanting and Willing.

I’ve come to realize that Wanting and Willing have been in a never-ending war with each other. They have been in a knock-down drag-out fight for you and for me. As we embark on a new year, I am once again challenged to take a look at which is winning in my life: WANTING or WILLING? Specifically, when it comes to relationships.

In the New Testament, in Mark 2:1-12, Jesus so beautifully shows us the difference between wanting and willing.

Mark’s Gospel lays out the beginning of Jesus’s ministry. Jesus had spoken once in the temple and had healed some people, and people were going crazy. Not a bad start! Jesus was blowing up. His first healing video was going viral.

What I want to call attention to are the people in the story and the different Wanting or Willing moments they have.

As for us and our relationships, we’ve got to be WILLING to put the work in to the wants and desires of our hearts.

We want conflicts to be resolved in our relationships. That takes WORK.

We want great communication in our relationships. That takes WORK.

We want honesty and vulnerability in our relationships. That takes WORK.

We want to be able to be ourselves in our relationships. That means we need to know ourselves. That takes WORK.

We want acceptance, intimacy and transparency. That takes WORK.

We want to FIND these qualities in our relationships, and I am here to tell you that the only way that you and I will find these things is if we FORM them.

Great relationships are built through the work of WILLINGNESS.

I’ve seen this in my own life. In my own relationships. Friendships. People I work with. My family. My Kids.My marriage. Every healthy relationship in my life is healthy because of a willingness to work on it.

So, I’d like to issue to you the same challenge I’m giving myself. Are you willing to put the work in this year to not turn your Wanting into Willing? Let’s take radical responsibility for our relationship with God and others.

My hope is this guide will help you pair your aim with your action.

Sign up to receive your free Gratitude Guide via email today!

Consider signing up for Jeanne’s email list.
You won’t be sent any SPAM, but you will get the latest resources and tools for your spiritual development.